Antique clocks are highly sought after in the antique market, making them valuable consignment items. If you’re interested in consigning your wooden clock at auction, selling antique mantel clocks or buying or selling grandfather clocks, Fontaine’s Auction Gallery can help no matter the type of clock. We have over five decades of international experience and successful antique clock consignment sales.

People collect antique clocks for their beauty, craftsmanship and historical and scientific significance. Many antique buyers choose them for their decorative appeal or fascinating inner workings.

The most coveted antique clocks are those from the 17th, 18th and early 19th centuries that have their original components still intact. Clocks made by E. Howard & Co., Durfee & Enches, Waltham Clock Company and Simon Willard are some of the most popular with antique buyers.

With many styles and makers of antique clocks, their value can vary significantly. To know your antique clock’s value with certainty, have it evaluated by an expert. At Fontaine’s Auction Gallery, our specialists have extensive knowledge of antique clocks and can provide accurate valuations and auction estimates.

There are many different styles of antique clocks, including advertising, banjo and grandfather. Several of the most notable brands and styles on the antique market that are especially valuable include:

Walter Durfee was born in 1857 in Providence, Rhode Island. He worked as an architect before opening an antique business in 1877, where he developed a special interest in clocks and traveled the world to look for them. In 1881, he established Durfee & Enches — an antique shop — with fellow Providence-based antique collector, Charles Pendleton.

The pair decided that they would buy new, high-quality clocks from England and sell them under the Durfee & Enches name. Their strategy was successful, as these clocks sold very well and they had to move to larger shop locations on several occasions.

In 1884, John Harrington of England patented the first tubular chimes for clocks, which became immediately successful. After meeting Harrington on one of his trips to England in 1886, Durfee decided to obtain the U.S. patent rights to Harrington’s tubes, which Durfee was granted the following year. With this patent, Durfee established a monopoly on tall case clocks with tubular chimes.

To further expand the business, Durfee invested in the Tubular Bell Company in Massachusetts in 1896. The company produced a larger version of the tubular chime for tower clocks in universities and churches throughout the country.

Then in 1902, Durfee lost the patent. Although his business suffered, Durfee refused to create lower quality clocks at lower prices, as many of his competitors had. In 1907, he expanded his clock line to include banjo clocks, which had some success. However, by 1930, Durfee had become more involved in repairing clocks than assembling or selling them.

The name changed once again in 1925 to Waltham Watch Co. before it closed in 1930. During its tenure, the company produced high-quality clocks — Waltham grandfather clocks are some of the most popular on the antique market.

If you’ve ever heard the chiming of clock bells, you were likely listening to a Westminster chime clock. These clocks chime to a melody called Westminster Quarters that strike to mark each quarter of an hour. The amount of chime sets corresponds to the number of quarter hours that have passed.

Originally written for a clock in St. Mary the Great church in Cambridge in 1793, the chime was adopted in 1851 for use in a new clock at the Palace of Westminster, home to the famous Big Ben.

The chime came to America in 1875 when E. Howard & Co. clock company incorporated it into a tower clock mechanism in Trinity Episcopal Church in Williamsport, Pennsylvania. The melody was instantly popular, and it became one of the most commonly used chimes in striking clocks.

During the late 1800s through the early 1900s, French clocks with an “industrial” theme were made to celebrate the accomplishments of the Industrial Revolution. Crafted from high-quality materials such as bronze and designed with a gilded and detailed look, the clock forms were modeled after things such as steam engines, cars, boats, submarines, boilers and windmills.

One of the most prominent makers of French industrial clocks was André Romain Guilmet. In addition to his industrial-themed clocks, he was also well known for his “mystery clocks,” where a pendulum hangs from the arm of a female statue and swings almost imperceptibly with no apparent means of power to keep the clock ticking.

Whether you want to sell an advertising, French industrial or Atmos clock at auction, Fontaine’s Auction Gallery has the in-depth market knowledge to help get you the highest value for your antique.

We treat each consignment individually and work closely with you through every step of the process. To generate as much interest as possible in our live auctions, we make them globally accessible, provide multiple ways to bid and begin advertising early. We also offer the best rates in the industry to minimize your expenses and maximize your sales potential.

We work hard to accommodate you and ensure your consignment experience with us is smooth. If your clock is large, heavy or otherwise difficult to move, we can pick it up and transport it to the gallery for you.

To consign with us, you can start by receiving a free evaluation of your antique clock. Complete our auction estimate form, send us photos and information, or meet with one of our specialists in person to find out the true value of your item. 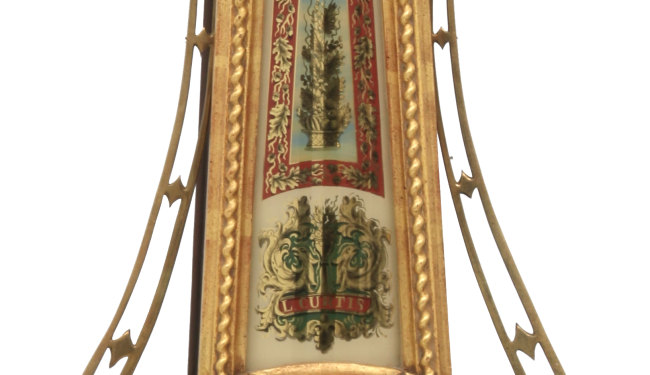 Have something to sell?

Follow the link to our request “auction estimate” if you are looking to sell your antique clock!